Say it all here
Forum rules
NOTICE: Please be sure to check the CFP Message Board Rules and Regulations and the Read Me page before posting.
Post Reply
7 posts • Page 1 of 1

Cane from the Bend
Athletic Director

Good Lord, Miami has to cut that out ...

There was a guy who covers Hurricanes Sports, that was going over the dos and the don'ts for each team.

He highlighted all of the things Miami need to do to avoid a close game, and what Va Tech could do to neutralize the Hurricanes offense.

At the end, when asked on a line, he said; "I think Miami takes care of business, 41-17 `Canes." The guy in interviewing him, said: "Whoa! I personally have Miami 34-31. What do you see that makes you feel that confident." Where he replied: "I see the playmakers stepping up. And Miami can take advantage of the mismatches."

He had me feeling myself; And I had false confidence going into today ...

That being said; Vegas can suck an egg. They had FSU as the favorite against Miami, too. Look how that worked out.

Turns out, as far as points go, that was they best line available. --- I looked at my line again, and saw I actually had Miami winning 34-30.

Only score in the 4th quarter was that 36 yard pass from King to Pope. At that point, we really had control. But, that last series, we played to protect the lead, rather than going for the 1rst down, and icing the game away.

Two missed 2 point conversions, left Tech with the opportunity to kick a field goal to win. Which is nerve racking, when you see your team punting around the 2 minute mark.

As I keep repeating; Every friggin' time we play in Blacksburg, we seem to struggle --- Well, you cannot blame the Loud Rambunctious atmosphere today. Because the seating capacity was only 2% ...

Nebraska got the job done.

There's got to be some grumbling in State College. Penn State, who was supposed to be the team to challenge the Buckeyes for the B1G East, is now 0-4.

Penn State's only chance, was whittling down the lead Nebraska had on them.

The Huskers were up 27-6 at the half. They dominated the first 30 minutes, giving up only 2 field goals.

Penn State outscored the Nebraska, 17-3 in the second half. They made the obvious better adjustments at the break --- However, it was too little too late. They score a TD with 1:14 left in the game, and still lost by 7.

They had shown heart, to fight back to get into the game. But they waited too long to get it going. They dug a hole just too deep to climb back out from.

The Huskers must feel good about the win. But they beat the worst Penn State team we've seen since 2001. They were clinging to their lead,and had no answer for the adjustments Penn State made. They need to figure something else out on offense.

What can be said, other than they are improving, and building confidence in themselves.

Indiana is now 4-0 ... Halfway through the schedule, and remaining undefeated.

So, even if there is a colossal collapse, the worst they finish is 50%

Who had thought the Biggest threat to the Hoosiers would be Ohio State..?

Now if they could only figure out how to play with that same intensity on the road.

I should have stuck with Tulane in my Predictions, dang it.

"It is only impossible until it has been accomplished." ... then it becomes standardized ...

Success is measured by results; whereas Character is measured through the means by which one achieves those results . . .

It seems the Rapture did come for two worthy souls:
In Memory of Grandpa Howdy
In Memory of Donovan Davisson
Top

For some reason, Indiana always seems to be a full court challenge for Ohio State.
"History doesn't always repeat itself but it often rhymes." - Mark Twain
Top

As far as the Mountaineers are concerned, we’ll see how far they’ve come and how far they have to go over the course of the next two games against Oklahoma and Iowa State. These two, along with Oklahoma State and Texas, are the best in the conference this season with WVU having lost to both Okie State and Texas earlier this season. They’ve just got to show they can beat a top tier team.

Ga's next attempt at a QB will be from the towel boy....

Mountainman wrote:Hey Derek, good to hear from you, how you been????? 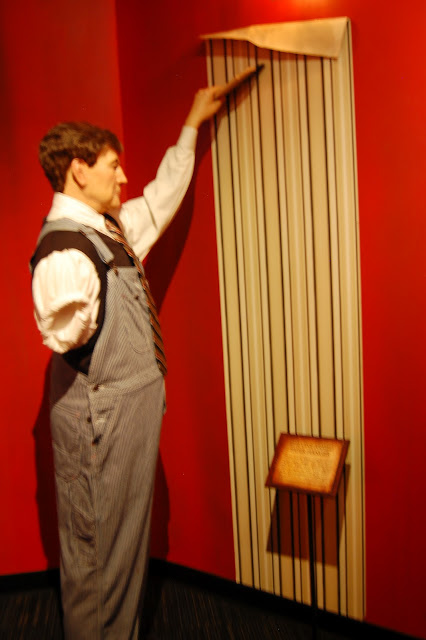 The truth is incontrovertible. Malice may attack it, ignorance may deride it, but in the end, there it is.
Top
Post Reply
7 posts • Page 1 of 1

Users browsing this forum: No registered users and 15 guests